You Think You're Better Than Me? 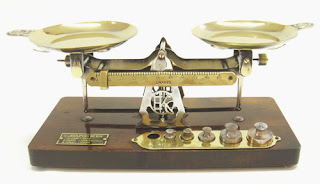 Maybe I am better than you!  Maybe you are better than me!  We can be better than someone else...in our abilities.  If this weren't the case there would be no professional athletes, no minor league, no different levels of competition.  The Super Bowl would be incredibly boring to watch if both teams were no better than the other.

So where does modesty and respect come into play when you are trying to find balance in performing to your best ability while at the same time respecting those around you?  In his article, "Modesty as Respect: You Think You're Better Than Me?" Mark D. White Ph.D. has compiled a couple of different viewpoints from several reputable contributors in the world of psychology.  One perspective that really stood out to me was  how Irene McMullen criticized the ignorance-based view of modesty and argues that "a truly modest person has to know that he or she is extraordinarily successful or talented in order to know to suppress that knowledge from others from the sake of their feelings."  So, according to this, knowing that you're really good at something and stifling it as to not make someone else feel inferior is modesty.  I would argue that the thing that keeps a person who knows his or her good qualities from openly proclaiming them when unsolicited is what ensures an environment of modesty and respect.  For example, we ALL know a person who not only has something to say about everything (which is admirable that they have an opinion and have actually thought about these things), but wants to tell everyone how to do everything better, and that their way is the best way.  This person feels that if people don't do things the way they do that they are somehow inferior to them.  To me, this is where disrespect for others is showcased.  And when someone has actively showcased their ability but it is disregarded and ignored, the TRUE "I'm better than you" mentality shows its ugly head.

I love a master of their craft.  Whether janitor, firefighter, or President of the United States, honor can be taken in what it is that you do.  Just like in White's article, the successful surgeon is no better than the hot dog vendor serving her.  They have the ability to be equally successful within their scopes.  When someone takes pride in what they do and does not shrink out of fear of hurting someone's feelings, that, to me, is inspirational and something worth recognizing.  I focus on being better than I was yesterday, not "better" than those around me.

Please feel free to comment and leave your thoughts and insight.  I'm always interested in others' perspectives.  Thank you.

Be hard to kill!