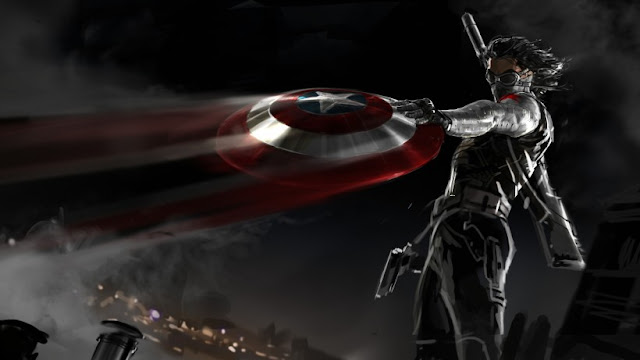 In the opening action sequence of the film, we find that Steve Rogers is now a STRIKE team leader for S.H.I.E.L.D.  The STRIKE team is a group of highly trained and resourceful individuals who were put together to accomplish very difficult and nearly-impossible missions.  It is now the responsibility of Captain Rogers to lead these men (& woman) into situations of extreme and ready danger.  It takes a cool head, quick thinking, and confident authority to do this.  Captain Rogers is the definition of Leadership.   There are numerous ways I could go about dissecting the dynamic of leadership, but I will focus on the leadership that Steve Rogers displays during this sequence.  With extremely short notice (not unlike having the tones go off in the firehouse), Captain Rogers is notified of a situation that needs mitigation.  The task needs to be fast, effective, and professional.  His team is assembled and at the ready and en route to the call, they are briefed as to what the situation is.  Captain Rogers only has a matter of minutes to gather the information, formulate a strategy, and make assignments for execution of the plan.  This is SO much like how it is working on a fire truck.  Typical response times are 4-6 minutes with the goal of being 4.  That means, we as a crew have at most 6 minutes to gather the dispatch information and form a strategy in our heads.  The situations could change at any minute and we would need to adapt to those changes.  Tactics and strategy are now a part of Steve's running mindset and he commands the team for the most effective plan of attack.  This same mindset is of great importance when working for the fire department.

Once Captain Rogers makes his way onto the Lumerian Star (the ship that has been taken hostage) he quickly dispatches the members of the mercenary crew with quick and effective physical ability.  You can immediately tell that Steve has been refining his physical combat skills (since the first film and the Avengers) and it shows.  It is an impressive thing to watch.  He has spent time focusing on anything that might make him weak on the battlefield and shoring it up.  This is what Growth looks like.  Whether it's mental or physical, we as firefighters need to keep doing what we can to shore up our weaknesses for the people we serve and for ourselves.  Through his dedication to a growth-mindset, Captain Rogers becomes one of the top hand-to-hand combatant in the Marvel universe and numerous characters go to him for training to improve their own skills.

After a mostly successful operation on the Lumerian Star, Steve realizes that there was more to the operation than what he was told by his superiors.  This raises questions in Rogers.  He starts to question the motives of the organization that he works for.  One thing that is admirable in his approach is that instead of speculating and making assumptions, he goes to the source, his immediate superior officer (Nick Fury).  Out of the respect that Fury has for Rogers, he pulls the veil back a bit to let Steve get a glimpse at project "Insight".  This project involves a computer algorithm that is uploaded to three identical flying gunships that can identify "threats" (people the program deems dangerous) and eliminate them.  After witnessing the potentially enormous threat to the general idea of freedom, Captain Rogers can't agree with project "Insight".  Giving up freedoms to be more secure isn't freedom at all.  The use of fear tactics to keep people in line isn't liberty, it's prison.  The ability to be Inquisitive and question the organization and the powers that be can help you identify if that's an organization you want to be a part of.  It's healthy to question the motives and mission of your organization.  It's healthy for you as an individual and the organization as a whole.  Any organization that is afraid of being challenged or questioned is an unhealthy organization and will either need a lot of intensive work to make right or it will be reluctant to change and will implode from within.

At the end of this film, we learn that Captain Rogers is questioning everything.  What makes him so steadfast in his quest is his firm standing in his moral outlook.  He bases his actions off of what he feels is right and doesn't blur the lines.  When he feels his organization is leading him astray, he makes moves to make it right.  However, a man can do only so much and sometimes the best move is to move on.  The thing I try to remember is that I can be a force for positive change within my organization no matter what level I serve at.  Application of the lessons learned here can only make you better at what you do and what you're trying to accomplish.  I hope, like me, you gained some insight as to some qualities that could help boost you to be the leader you seek to be.

As always, please share and comment below and let me hear some things you may have noticed while watching this film!  I'm always interested in seeing someone else's perspective!  Stay IGNITEd and be hard to kill out there!