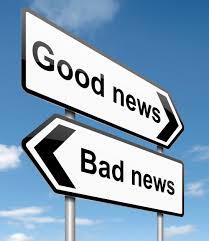 The bad news: if you're in a rut and waiting for someone to save you, nobody is coming.

The good news: YOU have the ability to save yourself!

Job satisfactory is something that comes and goes for a lot of people.  There's even a book written about finding said satisfaction when it's been "moved".  Coming into the fire service I thought that there'd NEVER be a time where I didn't feel like I was meant to be here, serving others.  Well, it appears as if that time has come.  I am in NO WAY dissatisfied with the requirements of my job.  I get to ride on a fire truck all day and help people!  I can't think of a better way to make a living!  The issue I am facing is the lack of interest and motivation by those around me.  I work with some really great people, but I, just like them, am being stifled by those with ranked authority but are severely lacking when it comes to leadership.  When I first came on, I was told by a multitude of other firefighters that I was being targeted by a certain Captain and that he was going out of his way to make my life difficult.  I refused to believe it.  How could a Captain, someone who was supposed to be training me in the ways of this sacred profession be purposefully sabotaging me?  Roadblock after roadblock was put in my path...then I couldn't ignore it any longer.  These roadblocks were only being applied to me.  I had to either meet the challenge or quit the dream job I had so tirelessly worked so hard to secure.  The decision was made.  I was going to crush every wall that was put in front of me.  And I did.  I became hard to kill.  I made sure that there were NO excuses for him (or anyone else) to put more roadblocks in front of me.  I wanted anyone who would dare to think twice.  I have been successfully doing my job now for 10+ years and I really love it.  The haters still talk behind my back and bad-mouth me to others, but I pay no mind.  I always have something that I 'm working toward.  I focus on that.

Knowing just how finicky crew mates and fellow firefighters could be when it comes to being real, I came to the realization that I have to be my strongest advocate.  I couldn't expect anyone else to advocate for me, which is completely fair.  If I don't advocate for myself, how can I expect others to?  Seems simple, right?  By focusing on being my own advocate, I learned to interview myself.  Mentally I would ask myself questions like, "what's next?" and "what are you doing to better your situation?" and "what are you doing to better the situation of those around you?".  I have become a resource to those around me in regards to many things; physical fitness, mental health, educational instruction, etc.  By doing this, I realized that I was fortifying who I was and what I wanted out of my position, and my life.  I am on a track now that will elevate me to a new knowledge base and skill set and that can only be a good thing.

Here are some things that I learned while trying to be the best ME.  First, don't take any stock in a person who makes fun of you for reading books.  I've had a company officer ridicule me in front of the crew because I am an avid reader, as if that's a bad thing.  Second, be relentless in the implementation of your personal standard.  Even though those around you may be ok with sub-par performances, skills, and knowledge, do not allow their low standards to entice you to a sub-par life.  Finally, if you're openly honest and outspoken and you take accountability, expect to have a target on your back.  People do NOT like being called out on their BS, especially when they've made a career out of it.

For me, this career is such a personal one.  I take pride in what I do and a big reason for that is I know I am doing all I can to be the best I can be at what I do.  By providing the people in the community I serve with an elevated standard, I know that I'm on the right track to becoming the type of firefighter and paramedic that I'd want responding to my home if my family were ever to need them.